is an author, essayist, poet and critic living in Edinburgh, Scotland. His short stories, essays, articles and poems have been published widely in anthologies and journals both at home and abroad.
His first full-length collection of poems, Hoarding Conkers at Hailes Abbey, was published by Littoral Press in 2010 and a selection of his Latin-American poems, Librettos for the Black Madonna, was published by White Adder Press, Scotland, in 2011.  A further volume, The Worcester Fragments (Original Plus Press, England) was published in 2013. Forthcoming books include The Loveliest Vein of Our Lives (Poetry Space, Bristol) and a bilingual edition (English and Romanian) of his poetry entitled The Fragility of Moths (Bibliotheca Universalis).
Collections that have been published on-line include Bull in a China Shop (Island Scholastic Press, Canada, 2012) and Repton Fields (Island Scholastic Press, Canada, 2013).
He is a member of the Federation of Writers (Scotland).
He is a regular reviewer for the on-line magazine Galatea Resurrects (A Poetry Engagement) (USA) and an external contributor for the UK to the Romanian journal, Orizont Literar Contemporan (Contemporary Literary Horizon) which is based in Bucharest.
His work has been translated into Romanian, Spanish and Swedish. 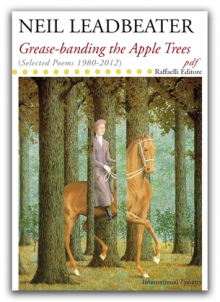